This deal is getting worse all the time 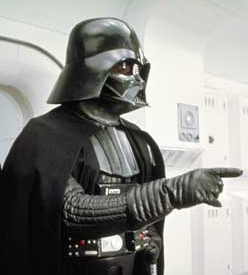 I am altering the deal. Pray I don't alter it any further.

In a closely watched case involving rendition and torture, a lawyer for the Obama administration seemed to surprise a panel of federal appeals judges on Monday by pressing ahead with an argument for preserving state secrets originally developed by the Bush administration.

Dammit. I voted for Obama knowing full well that he'd be terrible on the economy. So I can forgive panicky and poorly thought-out 'stimulus' packages. I don't like them, but I knew what I was getting into. The reason I made this bargain was for a reversal of some of the sickening abuses of government power propagated by the Bush administration. Obama's first steps were positive, but there are some troubling elements.

Several WoT detainees filed suit with a Boeing logistics and airlift subsidiary, Jeppesen Dataplan, charging them with transporting detainees to other countries for the purposes of torture. They allege that Jeppesen Dataplan provided the transport services for the "extraordinary rendition" program. Essentially, Bush lawyers argued that some of the things they did were so secret that we couldn't even begin to discuss them in court without jeopardizing national security. That effectively removes huge swaths of government activity from any form of oversight.

Extraordinary rendition has been one of the blackest spots on America's reputation. If the Obama administration is going to continue to invoke un-reviewable state-secret justifications to prevent investigations of wrongdoing on the part of the government, then he's not living up to the standards he needs to. He'll find his support among civil libertarians waning if he gets up to too much of these kinds of shenanigans.