Everybody do the time warp.

42 years after Loving v Virginia, Keith Bardwell, a Justice of the Peace in Tangipahoa Parish, Louisiana, has refused to grant a marriage license to a couple because they are not of the same race. "I'm not a racist. I just don't believe in mixing the races that way," said the racist. Bardwell's objection stemmed from the possibility of such unions producing mixed-race children, such as President Obama and golf legend Tiger Woods. "I think those children suffer and I won't help put them through it."

In a pathetic display of self-delusion, he attempted to whitewash the stain on his soul, saying "I have piles and piles of black friends." Without a trace of irony, dug the hole deeper. "They come to my home, I marry them*, they use my bathroom." (emphasis added)

"I treat them just like everyone else," he lied.

The year 1959 released a statement on the matter, saying that it had misplaced this individual, but didn't want him back.

* to other black people, not to white people.

Posted by lunchstealer at 11:37 AM No comments:

Because the webs love me, and I love you,

On nation, under Cthulhu... 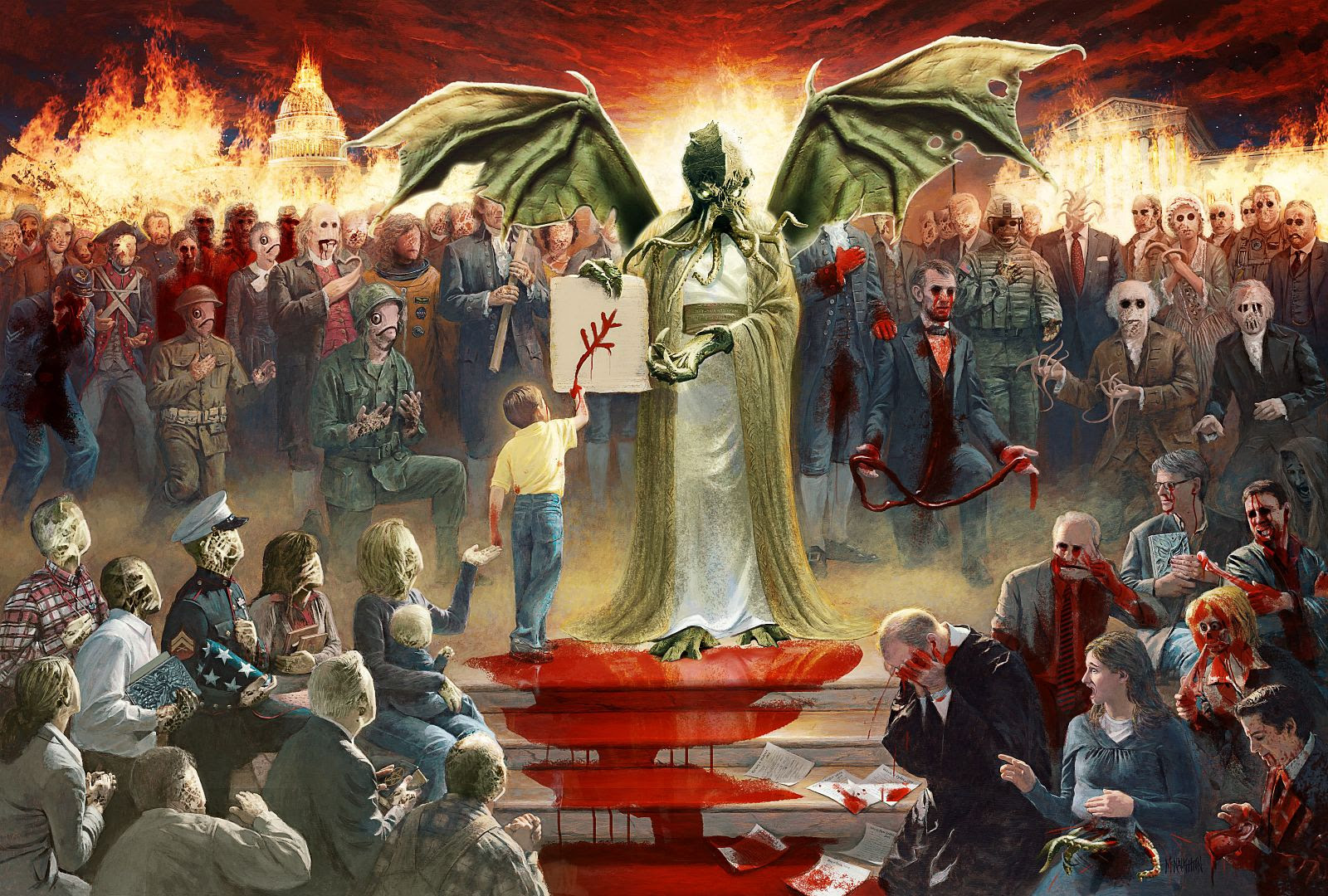 Be sure to check out the mouseover text of every tiny bit of symbolism.

Hat tip to the innominate one (née biologist).
Posted by lunchstealer at 1:42 PM No comments:

The inimitable dhex waxes fascistic on the final solution to the boom-car menace.
Posted by lunchstealer at 1:35 PM No comments: